Dunedin Consort is one of the world’s Leading Baroque Ensembles, lead by conductor John Butt.

For centuries, music has mirrored nature. From delicate birdsong to rushing rivers, and the shifting sounds of the seasons to the rustle of the undergrowth, this intimate programme for soprano and orchestra celebrates nature’s voice in music, tracing its presence through some of the pillars of the Baroque repertoire. Telemann’s orchestral ‘Water Music’ suite (Hamburger Ebb’ und Fluth, TWV 55:C3) is juxtaposed with one of Antonio Vivaldi’s best-loved concertos, alongside exquisite vocal works by G.F. Handel and Alessandro Scarlatti, all set alight by the voice of soprano Rowan Pierce.

We were approached by Dunedin Consort to produce and direct this unique performance, set in the beautiful surroundings of Edinburgh's Greyfriars Kirk. Working with Baroque music was new territory for us and the project certainly presented us with a few challenges along the way. After our first site visit we were instantly attracted to the enormous Organ which is installed in the Kirk and it was then decided that this would provide the main backdrop for the performance. We drafted in one of our lighting tech friends to help bring the place to life, accenting the shape of the building and adding more dimension to the space. For the performance we wanted to capture as much as possible as bring the viewer up close and personal with the players. For this we had a 5 camera setup, using electronic jibs and sliders to add movement to our static cameras and two manned cameras for those closer in shots. One of the key challenges for us for the length of the music, being used to a more traditional 3-5 minute format these performances where longer form, with one lasting 22 minutes straight!

We were due to provide the final deliverable within two days of the event which made for quite a busy few days in the studio. We worked around the clock to pull it all together, this included motion graphics, interviews, sound design, editing and colour grading.

The full performance was broadcast across the Dunedin consort website, Facebook and YouTube. We received some great feedback across all of the channels and some great coverage across the national press including this review from the Times:

“As much commitment as if the church had been packed to the rafters… One advantage of the expertly constructed video is that you get to see the players closer than in the flesh. Nowhere is that more engaging than with director John Butt, who works his magic from the keyboard, every gesture communicating love for the music and joy in the moment… Add soprano Rowan Pierce and you’ve got something pretty special. Pierce’s voice, simultaneously pure and rich, is one to lose yourself in.”

You can watch the entire production in the video link below.

With special thanks to Greyfriars Kirk 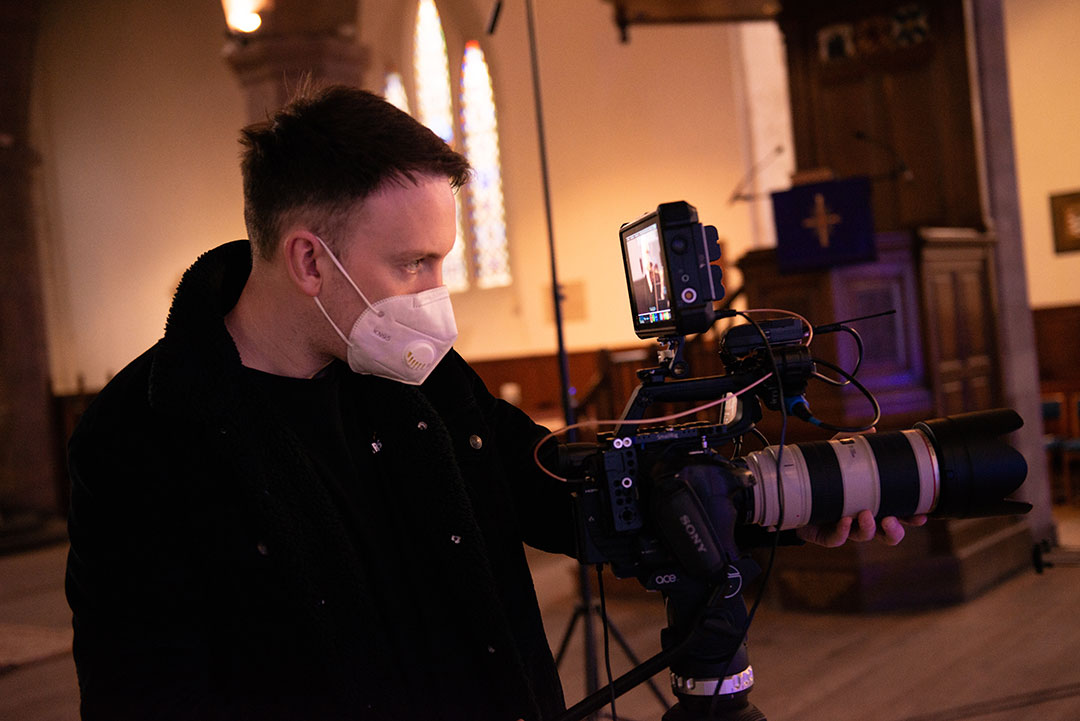 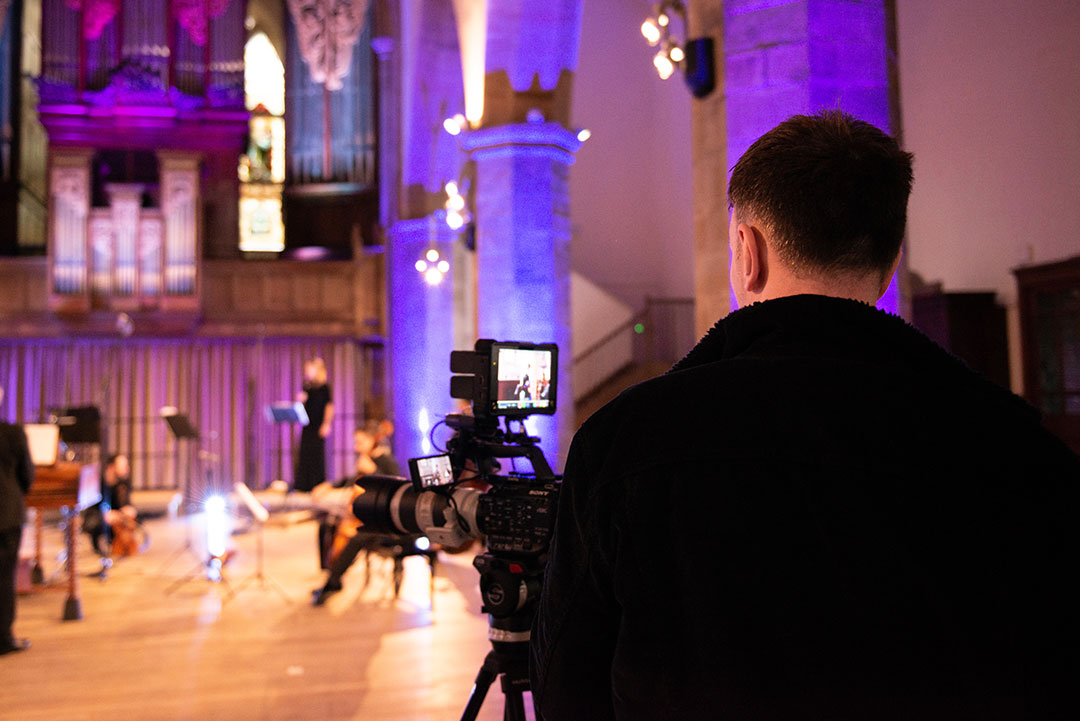 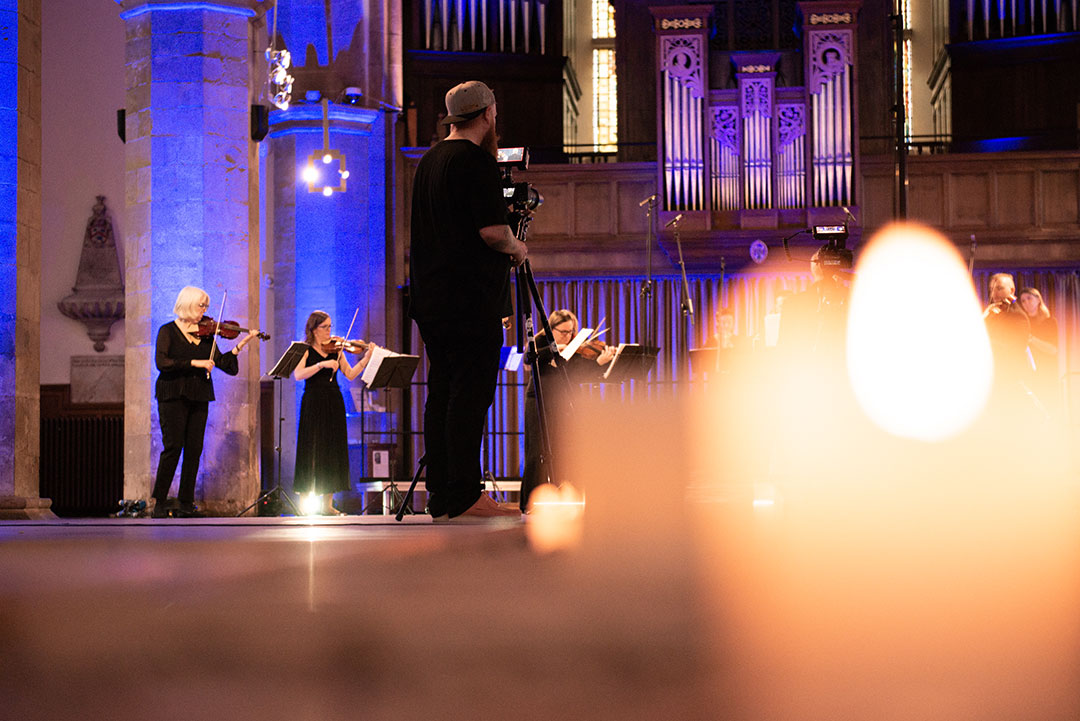 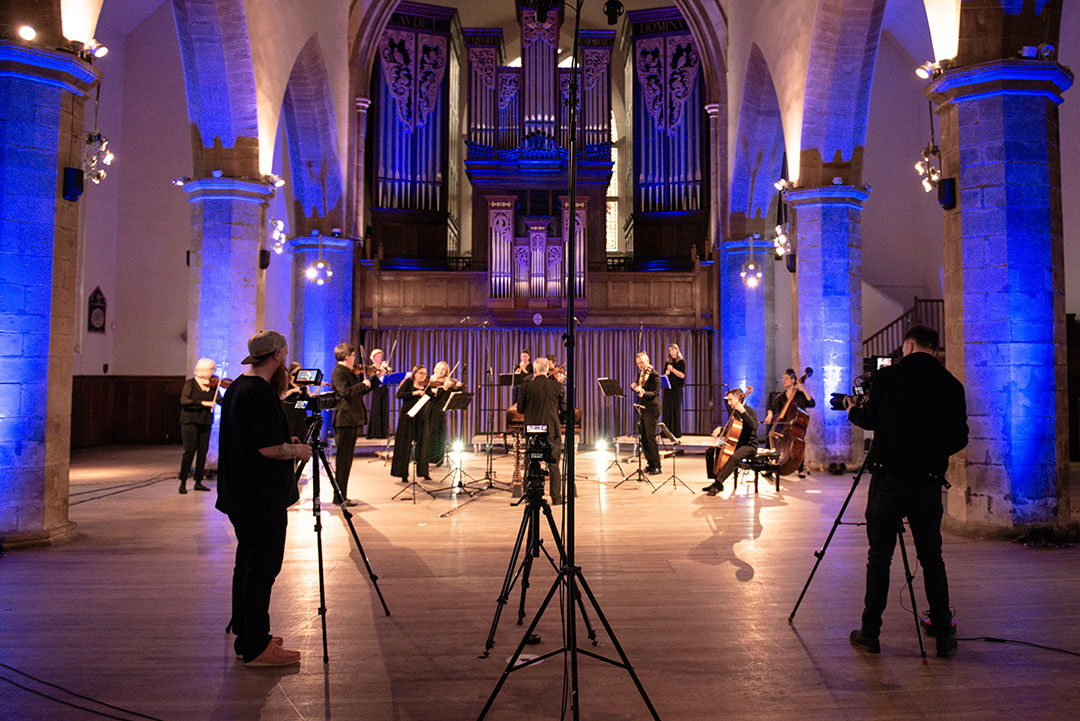 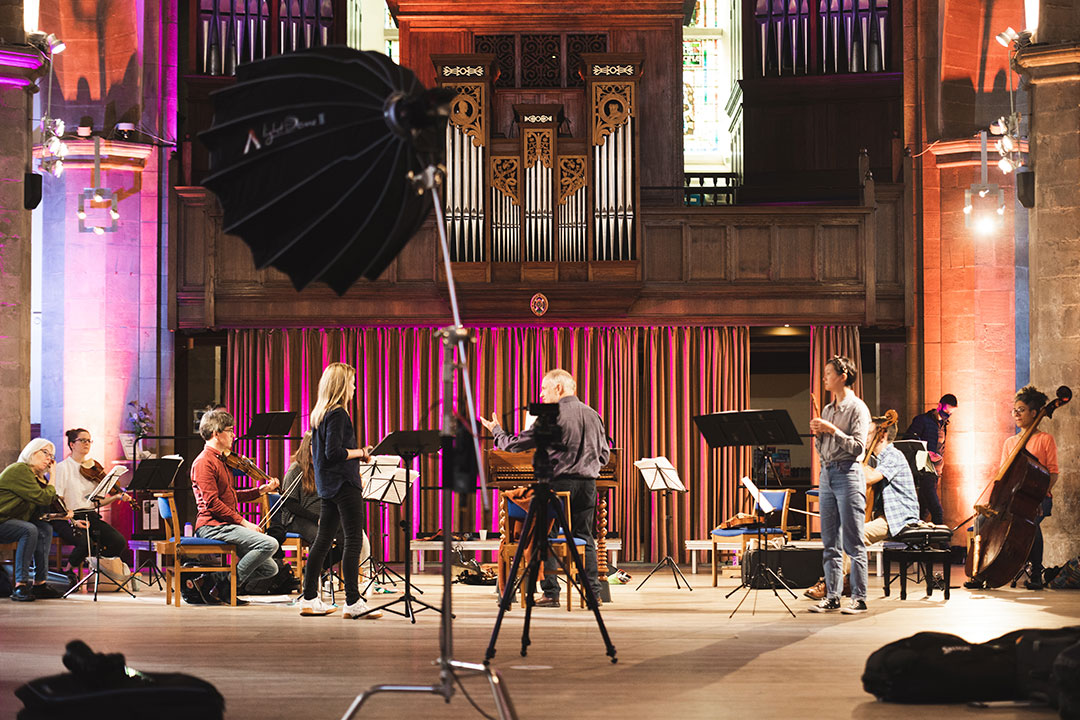 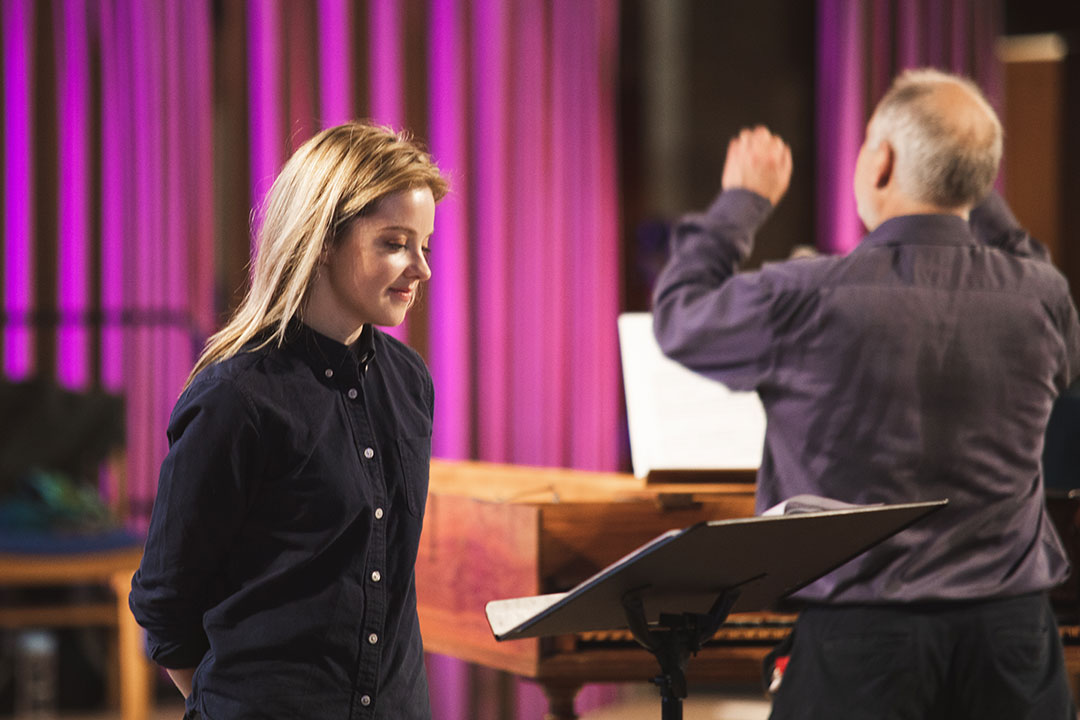 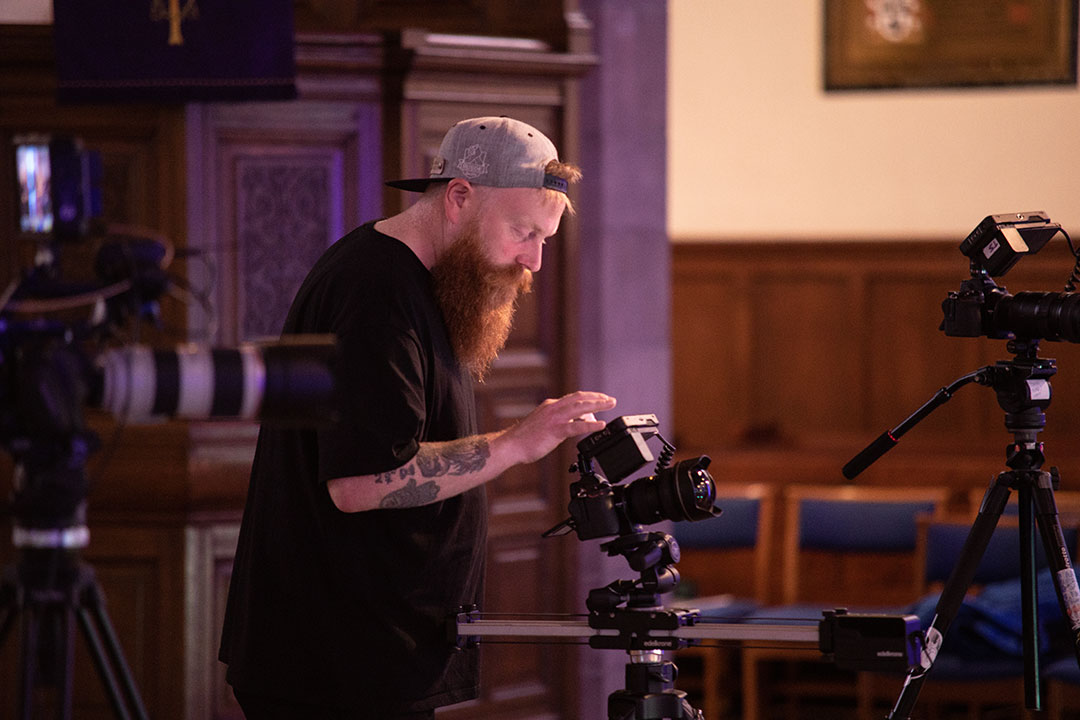 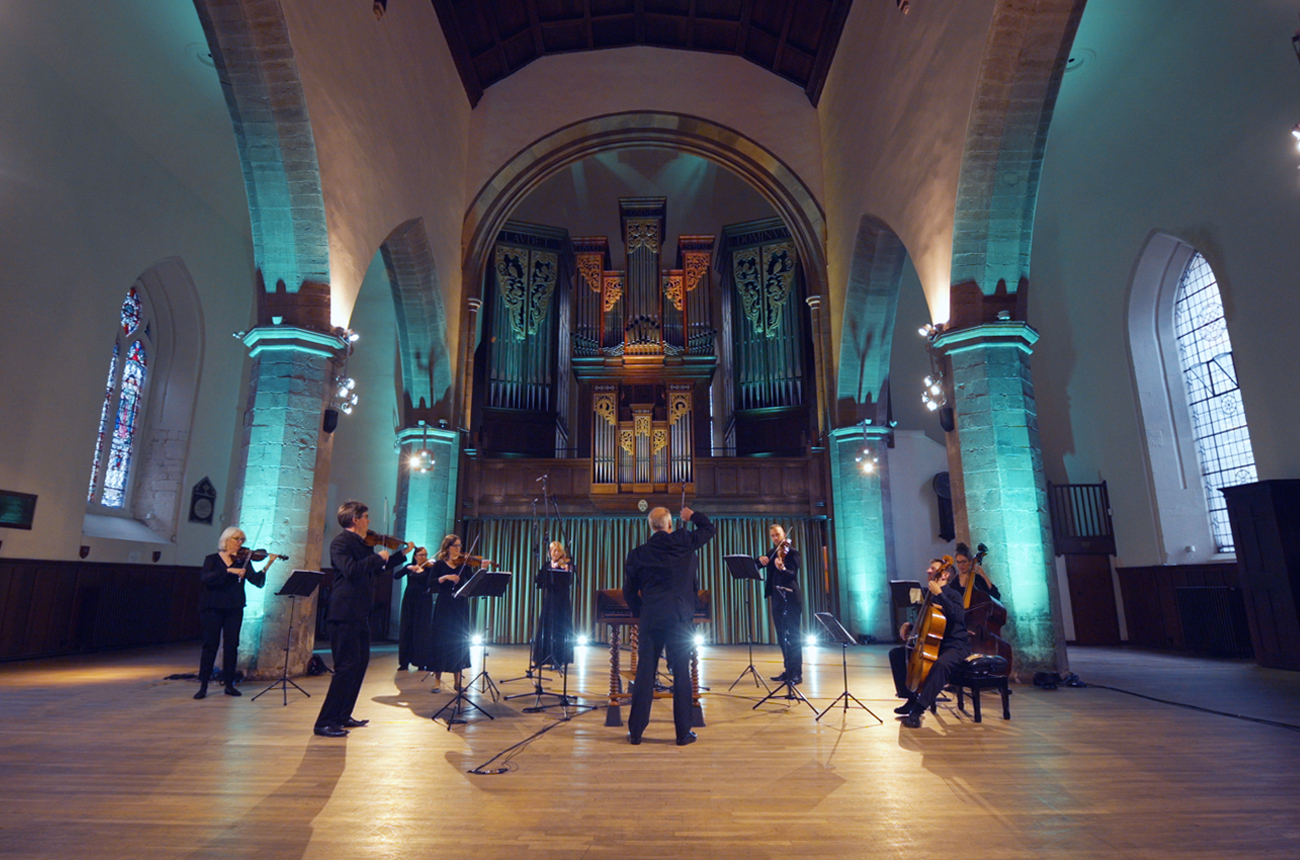